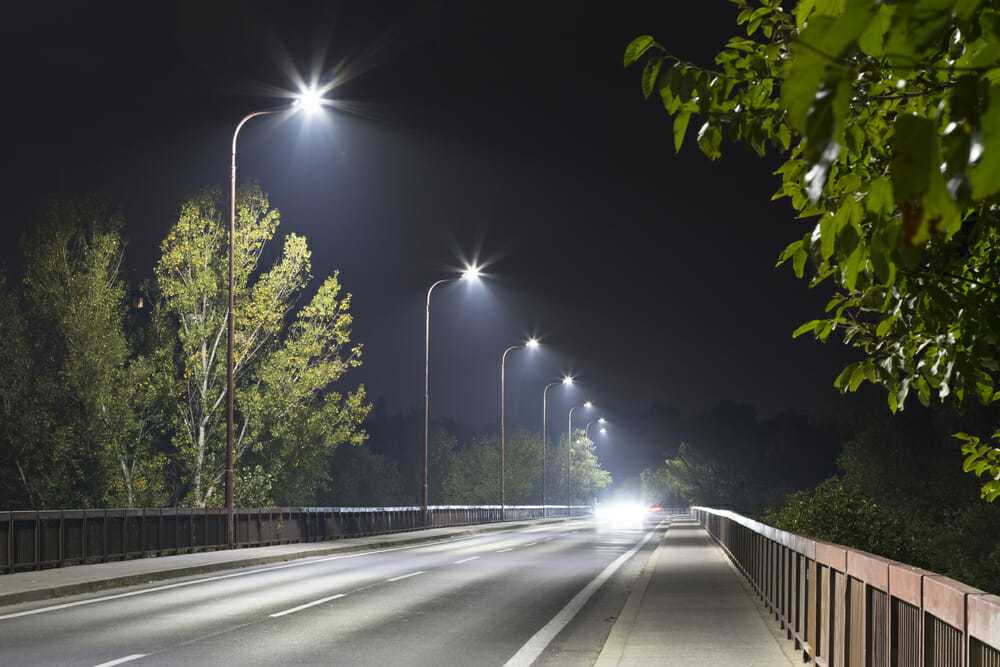 By 2025 Suffolk aims to achieve a 65 per cent reduction in CO2 emissions. This is in addition to an immediate target of four per cent a year reduction that is already required from council operations.

In support of Suffolk County Council’s aspirations to be the greenest county in the UK, the street lighting team devised a number of initiatives to reduce energy costs and carbon emissions from its street lighting stock. Part-night lighting was identified as potentially a significant contributor to these targets.

Following cabinet approval of part-night lighting policy the team identified a requirement for a centralised asset management system together with an intelligent lighting management system in order to implement these ambitious plans. Suffolk County Council also identified the importance of remote working in order to minimise data discrepancies and improve the efficiency of their maintenance operation.

“Suffolk County Council is an innovative and forward thinking authority. Alongside the procurement of an Asset Management System was a European Procurement for a Street Lighting Central Management System. It was therefore essential that the two systems could communicate with each other so that the financial savings could be realised.”

An Asset Management System supplied by Yotta, together with a Central Management System by Telensa, was selected. This integrated Intelligent Lighting Solution (ILS) was designed to realise significant energy savings for the local authority and to improve maintenance of the county’s 55,000 street light assets.

Yotta’s Mayrise Street Lighting was used on mobile devices to link newly installed telecells on street lighting columns to the centralised Mayrise asset database. Six two-man teams carried out the installation programme using barcode readers to scan every individual telecell linking it to the correct asset in the Mayrise database in order to minimise human errors.

In addition to the part-night lighting project the integrated Yotta/Telensa solution also allows for real-time fault reporting, improved maintenance, and the introduction of an out-of-hours service for emergency services allowing, if requested, areas to be relit.

The total value for the supply of materials and installation of the ILS was estimated to be £2.8 million. The actual cost was £2.775 million and therefore the project came in at nearly £25,000 under budget.

At the onset of the project, financial savings were predicted based on the number of lights that would be subjected to partnight operation and the specific times of operations. By adjusting the ILS’s light sensors the timings were ‘trimmed’ with lights coming on a few minutes later at dusk and going off a few minutes earlier at dawn. This minor adjustment contributed to actual costs savings of £641,000 per annum compared to the estimated £550,000, a 16.5 per cent gain.

In addition to costs savings realised through reduced energy consumption the reduction in actual lighting hours equates to a reduction of 3,300 tonnes of carbon every year. This is equivalent to the emissions of nearly 700 cars.

On top the reduction in carbon emissions achieved through part-night lighting Suffolk County Council’s maintenance contractor has calculated carbon savings through maintenance efficiencies and reduced fuel consumption of around 300 tonnes per year – another 60 cars!

“The use of state of the art software from Yotta has been crucial to the success of our part-night lighting project. The benefits for residents of Suffolk have been tangible with significant financial savings and environmental gains having been made.”

Moving forward Suffolk County Council is considering a capital funded Invest-to-Save project to replace an initial 15,000 lanterns with LED units. LED provides on average a 50-60 per cent reduction in energy consumption. The units also have an extended life expectancy of around 20 years compared to a 3-6 year life expectancy for traditional lamps. Until recently the cost of LED technology was thought to outweigh any savings achieved however now costs are comparable LED presents a viable alternative.

Presently Suffolk County Council has around 1,000 LED units already installed and initial feedback has been very positive. As dimming has been applied to these already low energy units’ power consumption has been further reduced realising savings above 63 per cent without a reduction in burning hours.

Subscribe to our Newsroom to be the first to hear about the latest news, content, events and more.